Lofsdalen has plenty of untouched nature, and large reindeer herds are often seen along many of our trails.

The Swedish brown bear roams in the forests around Lofsdalen. In the highly bear populated forest is Bear’s Den, a small cabin with wild bears right outside. This is a unique opportunity to see bears in the wild up close.

Wildlife watchers will also be excited to watch out for moose and wolverines.

On a secret spot in the woods next to Lofsdalen there's a little hut called Lofsdalen Bear's Den, especially made for watching bears and other wild animals. The Bear's Den offers comfortable lodging as well as a room with big windows and opportunities to take photos. There's a feeding spot close to the Den which attracs bears, foxes, volwerines and other wild animals.

It is no wonder that many are attracted to see the brown bear. The bear has a well-developed sense of smell and hearing, so it´s hard to see a bear. If you're worried that you´ll meet a bear while you're hiking, you can talk or make other sounds for safety.

It is not uncommon that we see traces of the bear here in Lofsdalen. Both poop and abandoned bear's den can be found here in the woods. Every week we arrange hikes to an abandoned bear's den in the summer. Feel free to join the tour and for those who dare, you can crawl into it ..

Beach, sauna on a boat and water activities.

Lofsdalen is well knowned for it's fishing.

The MTB cycling starts in midsummer!

Easily accessible tracks for hiking and running in the mountains.

Easily accessible tracks for hiking and running in the mountains.

It is important to us that you enjoy your visit to Lofsdalen. 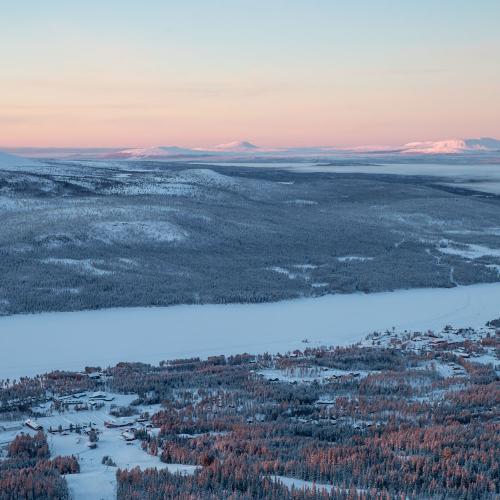 Lofsdalen, a ski resort in southern Härjedalen, is not far from Stockholm.

Why not try a slice of sausage of bear, a delicious buffet or a tasty pizza? 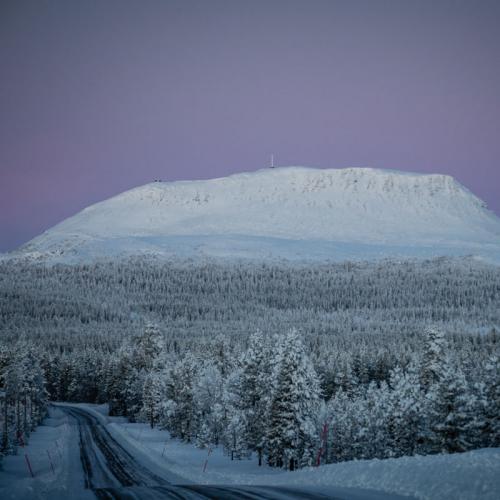 Lofsdalen is located in the south of Härjedalen – the southern most part of the Swedish mountains.